By browsing our forums, you are able to connect with other community members

New items you'd like to see in-game with the revision update. 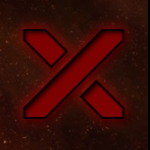 Leading the NXT generation through 2021.

Copyright © 2021 Ataraxia. All rights reserved.
Runescape is property of Jagex Ltd. We are not affiliated with Jagex Ltd.